Creating Shared Value (CSV) for All: Business at its Best

This piece was written after attending the Shared Value Leadership Summit 2015: Business at its Best, May 12-13, 2015 in New York City.

In 1970, Milton Friedman stated that the sole purpose of a business was to make money for its shareholders. In 2009, Jack Welch declared “shareholder value is the dumbest idea in the world.”1

An increasing number of CEOs have joined the latter school of thought. This past February, Mark Benioff (Chairman/CEO of Salesforce) stated that this “still-pervasive business theory is wrong. The business of business isn’t just about creating profits for shareholders – it’s also about improving the state of the world and driving stakeholder value.” Benioff and like-minded CEOs believe that the most effective way to gain competitive advantage and create shareholder value is to serve all stakeholder interests.2   It was on this topic that the Shared Value Leadership Summit 2015: Business at its Best focused.

I first came across the term CSV (Creating Shared Value) in its February 2011 Harvard Business Review (HBR) debut while I was researching corporate strategies for working at the Base of the Pyramid as part of my job with the Aspen Network of Development Entrepreneurs (a program of the Aspen Institute). CSV resonated with me so much, that I put applying to law school aside and instead came to study business sustainability at the University of Michigan’s Erb Institute.

The Impact of CSV

The one thing the impact sector does not lack is buzzwords. As the vocabulary of business and impact has evolved over the past few decades, the methodology behind it has morphed as well. CSR (Corporate Social Responsibility) is out. CSV is in. [Learn more about CSV]

The notion that businesses could strive to create double and triple bottom line returns reshaped my view of the for-profit sector. CSV reinforced this view, even providing it with a newly coined phrase to reflect its deviation from CSR. As presented at the Summit, this deviation is simply the next step in the evolution of business in society. Critics of CSV say that:

While I agree that each of these criticisms have merit, do they really matter?

A great example of CSV in action is Discovery Group’s launch of their Vitality Program. Discovery Group, a South African-based global insurance company, recognized the growing trend of lifestyle-related diseases and its cost-implications for the company. So, it launched Vitality Program, an incentive-based program providing reduced premiums and discounts to members partaking in various healthy-living choices. This includes a HealthyFood benefit, which discounts certain foods up to 25% in partner grocery stores. Some early member results show: gym usage up 22%, decreased hospital costs by as much as 30% for those with chronic conditions, and Discovery has gained over 40% of South Africa’s private health insurance market to date.

The most consistent conference take-away was that the short-termism rampant in corporate culture is the biggest impediment to scaling these solutions. Innovative public-private partnerships and business models simply do not yield results within three months. We are starting to – slowly – see shifts, with Paul Polman declaring that “since [Unilever] doesn’t operate on a 90-day cycle for advertising, marketing, or investment, why do so for reporting?”3  Unilever no longer produces quarterly profit reports and refuses giving earnings guidance to analysts. But that’s just a small first step in the right direction.

It was exciting to join this conference and be a part of this still-emerging movement. As CSV continues to gain more traction, I hope that there is less focus on the terminology used and more on the intent behind the phrase. Only by continuing to highlight the success stories of how companies have mitigated risk, gained customer loyalty, and earned a license to operate through their initiatives will the true essence of the term shine through, and this is what will ultimately stand the test of time. 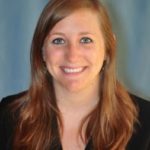