Nicaraguan Co-ops Help Farmers Maximize the Value of their Coffee

David and I stood in a small room in front of a special machine used to visually sort coffee beans after they are harvested and dried. We listened carefully as the machine’s operator explained (through our translator) that this machine ensures only the highest quality coffee beans are packed and sold.

Marvin, a small-holder coffee farmer, stood by and nodded in agreement. The sorting machine was the last stop on our tour of PRODECOOP, one of Nicaragua’s 10 largest coffee co-ops, and as we emerged into the sun from the warehouse enclosing the small room, I squinted, taking in the lush green mountain landscape of north-central Nicaragua.

With an end goal of helping farmers capture more value from the coffee they grow, we had come to Nicaragua committed to achieving a better understanding of:

Twelve hours earlier, David and I knew none of these people.  Now here we were, inside the fence line of a major Nicaraguan coffee processing facility with acres of green coffee drying on the ground around us. We had set up meetings with the most important members of the value chain, starting at the beginning and working downstream: farmers, co-ops, exporters, and roasters. Armed with an understanding of the value chain, we intended to analyze two innovative coffee businesses in Nicaragua: Vega Coffee and Twin Engine Coffee.

Marvin’s farm had been our literal and figurative starting point. He showed us our first coffee bushes, which are planted and maintained to maximize production as they age; explained how families come together during the harvest to hand-pick the bright-red coffee berries and load them into 100-pound burlap sacks; and gave us a tour of the washing facility that had been plundered and burned during Nicaragua’s brutal civil war.

He also was an integral part of the second level of the value chain, local co-ops. As the president of the Vicente Talavera Co-op, he represented 40 coffee farming families and administered the sale of coffee to PRODECOOP, which in turn sold the coffee to Nicaraguan exporters and large U.S.-based coffee importers like Sustainable Harvest and Equal Exchange.

It was clear why small farmers like Marvin and the families he represented needed PRODECOOP: It had invested millions of dollars in expansive facilities and high-tech equipment to aggregate and process coffee in quantities necessary to sell to large buyers. It had also developed relationships and marketing capabilities to link small-scale farmers with international markets increasingly hungry for high-quality, specialty coffee. Furthermore, it had access to working capital, enabling it to pay Marvin for the coffee he produced every year and giving him access to cash that he would use to buy food, pay for medicine, and send his sons to school.

But PRODECOOP’s business model was not perfect. Though it helped farmers find a market for their coffee, it did not reward farmers who grew the highest-quality coffee. Instead, it paid farmers a “quality bonus” based on the average price premium its coffee commanded in the marketplace. As a result, farmers who produced the finest beans subsidized those who produced only mediocre coffee. It was a frustrating situation, and one inconsistent with an end market where consumers pay in excess of $20 per pound for specialty coffee; farmers are regularly paid less than $2 per pound for what they produce.

Two new Nicaraguan coffee companies, Vega and Twin Engine, are using different models that reconfigure the coffee value chain to keep more value in Nicaragua. We traveled from the north of the country to the coastal town of León to learn more.

Vega buys directly from local co-ops and individual farmers who use the services of organizations like PRODECOOP to process their beans. Vega disrupts the status quo by giving farmers the resources to roast their own beans and sell them directly to consumers, cutting out middlemen and helping farmers claim a share of the value created by roasting, typically the most valuable part of the process.

Twin Engine takes a different approach. It also buys directly from farmers, typically those who operate on a larger scale than Marvin and the families in his co-op. Twin Engine pays high prices for premium coffee, but its main objective is bringing quality coffee to Nicaragua, where most of the good coffee is exported, leaving locals to drink instant Nescafé . In addition to roasting locally, Twin Engine employs Nicaraguans to manage its marketing, sales, and supply chain operations. This model not only pays farmers a premium for their coffee, but also gives Nicaraguans access to premium coffee and builds capacity in-country, at the most profitable parts of the value chain

Both companies’ efforts are helping to keep more coffee value in Nicaragua, but there are limitations. As Vega’s farmers lack access to capital, they don’t own coffee processing equipment or the transportation to get their coffee to market. Cutting out the middleman may be more challenging that it seems. Twin Engine faces the challenge of creating a market for specialty coffee in a country where the per capita income is $4,500 and most people drink instant coffee. 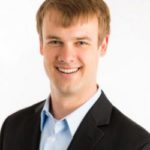 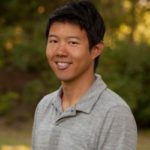