The Business Case for BoP Strategies 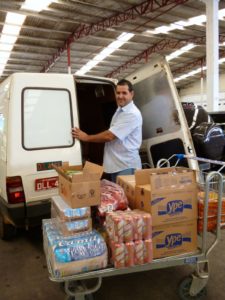 Welcome back to this seven-part blog series: Social Enterprise: Understanding the Base of the Pyramid. This week, in our second post, we are exploring the business case for engaging the market at the base. Specifically, we’ll take a look at a leading Brazilian food retailer and the steps they took to engage the BoP and obtain profitable results.

Companies attempting to access the BoP often encounter internal and external barriers. Two typical examples include difficulty acquiring buy-in from key decision makers and the lack of data to conduct reliable market analysis. In addition, there is some doubt that the sheer magnitude of the BoP is enough to make engaging it profitable. While the BoP is comprised of roughly 4 billion people, according to some definitions, this population has a very low income per capita and very limited spending capital or disposable income. These factors, among others, often make companies hesitant to enter low-income markets.

Despite these challenges, there is evidence to support the business case for BoP engagement strategies. In addition to its immensity, the BoP market is composed of active consumers who spend significant amounts of money. Estimated at about $5 trillion, this market is mostly dominated by spending on food, but also sees heavy spending in energy and health (data from the World Resource Institute: The Next 4 Billion). Little competition and lack of existing brand loyalty among consumers may also make acquiring new customers easier in the BoP compared to more mature markets. This suggests that the BoP market is ripe for innovative products and services that meet a need and deliver a positive impact.

Lastly, in addition to driving revenue, BoP strategies can also strengthen a consumer’s loyalty toward a brand in more mature markets. As socially conscious consumers in these mature markets become more concerned with corporate social responsibility (CSR) and ethical business practices, dedicating tangible resources to the BoP can translate into positive consumer perceptions of a company and strengthen the sales of traditional products.

Tenda Atacado in São Paulo, Brazil is an example of a business that has engaged the BoP successfully and profitably. Tenda Atacado, a supermarket chain and wholesale distributor, noted a demand within the local BoP community. Within the dynamic food retail industry of Brazil, many microentrepreneurs did not have sufficient credit to undertake daily activities and costs associated with their small food businesses. They also did not possess the capacity-building opportunities to develop technical skills relevant to the growth of their businesses. At the same time that Tenda noted the need for credit within their market, they realized they could utilize data from customer purchases from their stores to provide a solution to microentrepreuneurs. Tenda was aware that average purchases made by microentrepreneurs were higher than those made for household consumption and they could track the spending patterns for these customers, through the company’s card. This enabled the retailer to better assess loan risk and offer credit to microentrepreneurs.

Tenda entered into an agreement with the Inter-American Development Bank’s Opportunities for the Majority initiative to offer credit to up to 60,000 microentrepreneurs. The credit offered was accessible through the Tenda card with competitive interest rates and zero transaction fees. Tenda also offered 6,000 small business leaders capacity-building training. With the program underway, the company reports increased use of the customer card, higher sales to card users compared to other purchasing methods, and anticipates greater spending as capacity-building courses provided to microentrepreneurs give them the skills to grow their profitable businesses. Consumers accessing the credit and capacity building program also report increased satisfaction and loyalty toward the company, as they view the program as a partnership between their businesses.

We close this week with a couple of questions to continue exploring the topic. Do you have examples of companies working in mature, higher income markets that entered the BoP market? Why did they do so?

Santiago Bunce is an Evaluation Consultant at MANAUS Consulting, where he focusses on assessing impact and demonstrating the business case for social ventures. Fluent in English and Spanish, Mr. Bunce is interested in business development, statistical analysis, sustainable infrastructure, finance, tourism and leadership and has has served as Director at Casa de la Mateada at Loyola Marymount University and worked as an Economist at the Louis Barger Group.