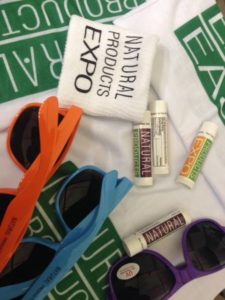 Over 2,600 exhibiting companies and 67,000 industry members attended the 2014 Natural Products Expo West in March. This international group congregated to learn, network, and arrange deals over an intense few days of activity.” The exhibit was a maze of booths, each one stocked with product samples ranging from energy bars made with ancient grains and super-foods to enzyme-based hand sanitizer. Exhibiting companies competed to lure retailers and distributors, identifiable by their distinctive and large shopping bags, into signing contracts.

In the midst of the networking buzz, each exhibitor sought to differentiate their brand and products. The natural products industry has always been active in introducing new products outside conventions. One presenter, Loren Israelsen of the United Natural Products Alliance, cited a lengthy list of innovations the industry can claim to have introduced to the American public, including whole grains, fermented, organic, non-GMO, allergen free, gluten free, Ayurveda, therapeutic mushrooms, grass-fed, cruelty free, cage free, fair trade, unpasteurized dairy, ancient grains, soy, beet juice, and bee products. Israelsen noted that all of these products had previously been unavailable, but the natural products industry has popularized them, often overcoming early ridicule to do so.

As the industry has prospered , with event organizers expecting “natural product” revenues to grow to $226 billion by 2018, new trends and challenges emerge. As an example, the differentiation imperative has progressed within niche products. Coconut water has now become an oversaturated market, so companies are developing further refinements such as organic coconut water and coconut water that is made solely from coconuts (a very clean ingredient list, indeed).

But how does this race for distinctive market space relate to broader goals for the environment and human health? Does the progression of new ingredients and marketing claims move us closer to sustainability, possibly through some tipping point mechanism (an oft-noted idea at the trade show)? Or does it merely reflect a progression of diet fads that ultimately have no effect on a participant’s weight?

How Do We Define Progress? 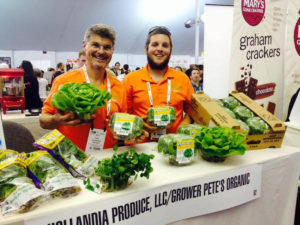 As a further complication, our notion of progress changes over time as well. The issues that motivate ethical consumers are always in flux. Trash and a lack of landfill space were prominent environmental concerns in the 1980s. In response, many companies introduced biodegradable or compostable products and switched packaging to recyclable glass. Some thirty years later, only a few companies emphasize the contributions of their products to reducing landfill demands.

Instead, climate change has become a dominant issue and glass has given way to non-recyclable but light packaging such as squeezable pouches, which require less climate-polluting energy to transport. Similarly, products with rainforest ingredients like Ben & Jerry’s Rainforest Crunch have vanished, while products that offer to reduce water demands are on the rise, such as soy milk and other plant-extracted liquids.

What is Our Definition of Natural?

Still more challenging for the industry is the public’s evolving definition of “natural.” This product claim is at the heart of the industry’s identity, as seen in the trade show’s name as well as the names of many producers and retailers, but unlike organic, it lacks an official definition. The term “natural” has recently come under severe attack from consumer groups and plaintiffs lawyers who are suing for misrepresentation of products as natural that contain non-natural ingredients. GMOs have become a particular focus of these allegations, and are particularly difficult to remove from processed foods given the preponderance of GMOs in soy, corn, sugar beets, and other commodity ingredients.

At the Expo’s conference, there were many fervent conversations over how to define natural, how to respond to critics, and how to tell customers that while natural products might not be perfect, they are still a lot better than conventional products.

Given the pressures, one speaker reached for a thesaurus and suggested that next year we will all be attending “Simple Products Expo 2015.”

Todd Schifeling is completing his Ph.D in the Department of Sociology at the University of Michigan and is affiliated with the Erb Institute. His dissertation examines the proliferation of market niches over time in consumer markets, and how this relates to both market structures and society. You can contact him at schifelt@umich.edu. He especially welcomes the opportunity to speak with people who have been involved in the natural products industry or in marketing consumer products. 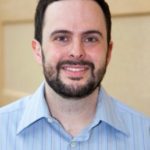