To protect something, we have to love it.  And to love it, we have to take the time to appreciate its beauty and value. Last week, I took some time to do just that.  After giving a keynote address at the new Center for Climate Communication at the very-green University of California Merced, I added three extra days with a old friend to tour the Sierra Nevada and Yosemite National Park on the back of a motorcycle (Harley Davidson Road King for those who care about such things).

Those three days reminded me of what our work is about, allowed me time to reflect on our purpose and, at the most basic level, helped to restore my soul. Experiencing the countryside on a motorcycle is a special way to explore.  It’s not like seeing the world through the framed barrier of a windshield.  The world is right there beneath your feet. You can reach down and touch it, and sometimes it reaches up and touches you – at one point, a bee landed inside my leather jacket and proceeded to sting me twice before I could come safely to a stop.  As you ride, you feel the slightest change in temperature, and you smell everything – fruit groves, grape vines, pine forests, mountain waterfalls, barbeques and dry fields. As you lean and balance through the switchbacks of the back roads, you are effortlessly part of the environment around you; it feels like thought into motion. 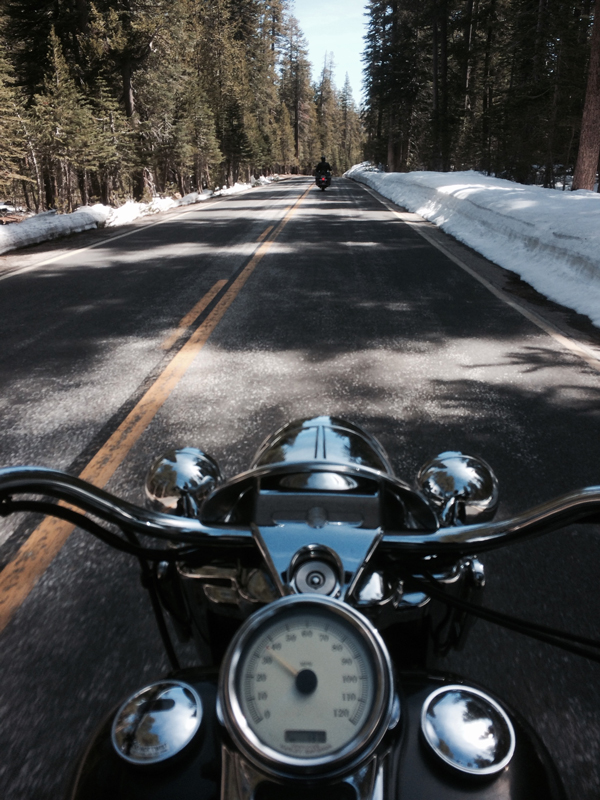 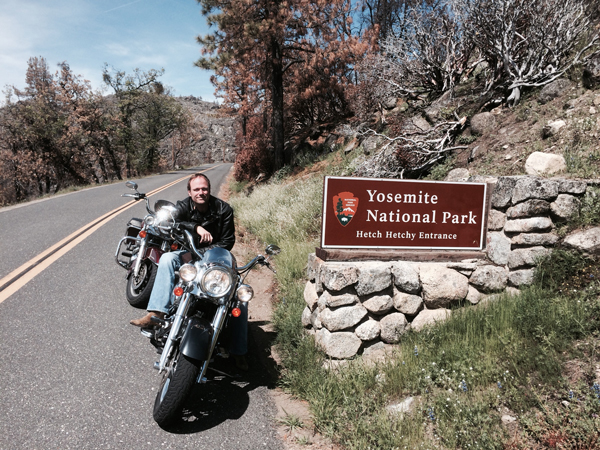 osemite Valley was a visceral reminder of what we need to preserve for future generations (just as Teddy Roosevelt and Ansel Adams did before us). Our National Park system is still, as Ken Burns described it, “America’s Best Idea;” and our affection for it crosses political divides, geographic boundaries, and income levels. But while we love nature, our relationship with it is not always easy and the signs of that uneasy relationship were visible throughout the ride.

We stopped in Hetch-Hetchy Valley to see the historic site for the 1923 national debate over whether to turn this breathtaking valley into a source of drinking water and electric power for the city of San Francisco.  For Gifford Pinchot, the answer was clear – this was the greatest good for the greatest number.  For John Muir, this was a sacrilege – Hetch Hetchy should be left as it is for its own inherent value. I have taught and written about this epic battle for years, but had only now seen it first hand.  After seeing it, I will speak differently about what it represents for the needs of humans and nature. And, I will understand more personally the ways in which this clash manifests itself today.

For example, the signs of a water stressed Central Valley were all too clear.  California is coming off its driest year since record keeping began in the 1800s, and the past two winters have been abnormally dry as well.  Farmers and conservationists are now in a heated battle over the priorities for the limited available water.  On the one side, the drought is forcing hundreds of thousands of acres to go unplanted of fruits, vegetables, nuts and grains this year, and farmers are warning of a strained local economy and higher food prices. On the other side, the challenge of protecting fragile ecosystems and species has lead regulators to allocate water to the endangered delta smelt. Route 99 from Fresno to Merced was dotted with the signs of angry farmers who see the water shortage as man-made and want the government to fix it by reallocating water to agriculture. To John Muir and Gifford Pinchot this debate would have seemed all too familiar.

The clash over water is the downstream effect of what can be seen in the highlands above; Sierra snowpack is just 18 percent of average for this time of year. As we drove across the Tioga Pass Road at 9,000 feet, the road was lined with snow banks as high as 2 feet. But this wasn’t normal; this was the earliest opening of the Road, which usually doesn’t see travelers until July. The lack of snow now assures that water in the Central Valley will remain insufficient for farmers in the future.

Crossing the Stanislaus National Forest, the fresh remnants of last August’s Rim Forest Fire were evident everywhere. Caused by a hunter’s illegal fire that went out of control, this was the third largest in California history (and the largest on record in the Sierra Nevada), consuming over 400 square miles of forest.  Along the road, we saw massive trees that had been cut down, scorched and black on the outside and intact, large dimension lumber on the inside.  Posted signs warned of the penalty for illegally removing the valuable timber. The Forest Service has proposed to allow salvage logging on about 30,000 acres of high intensity burned area and along 148 miles of high use road in the burn perimeter.  But conservationists oppose the removal of what they see as a critical part of the restoring habitat and prefer to let “nature heal itself.”

All of these experiences reinforce for me the importance of what we are doing at the Erb Institute: searching for ways to balance the needs of a strong economy with the goals of a healthy environment.  Future generations will expect us to give them both. To see these tensions first hand reminds me of the important work that we have to do.  To see this natural beauty first hand fills me with the love and passion to actually do it.  The first is a problem to solve; the second is why we care. We need both in equal supply.

Andrew Hoffman is Professor at the Ross School of Business,the School of Natural Resources and Environment, and the Faculty Director of the Erb Institute at the University of Michigan. The Institute works to create a sustainable world through the power of business. You can find Andy on Google + and Twitter.