Local Food: Can It Be Scaled?

For many people who like to buy local food, and for the farmers who prefer to sell their product directly to consumers or institutions, a big part of the attraction is the opportunity for human interaction. But as local food continues to grow in popularity, the very thing that’s driving its rise may also be what’s holding it back.

And some of the biggest business opportunities in local food, and food entrepreneurship in general, may involve finding ways to keep a sense of “smallness” even as local food “scales up.”
Most grocery stores give little sense of where food comes from, or who grows it; it’s just there on the shelves, or, as in the case of leafy greens, getting spritzed from on high. And farmers who don’t sell directly to consumers have little sense of where what they grow and produce is going, or who is going to buy or eat it; an Iowa potato or California tomato could end up in New York or New Mexico—there’s just no way for the farmer to know.

The “local food movement”—the drive to shorten the distance between where food is grown or produced and where it gets eaten, through all kinds of state-based policy solutions and efforts by non-profits, business organizations and entrepreneurs—has been changing all that.

Visit a farmers market, and you meet someone who may have planted your lettuce or picked it that morning. Join a CSA, and you become part of a club of people who keep a small farm in business, and who become intimately familiar with its workings on a week-to-week basis. Ask a waiter where where a hamburger advertised as “local” comes from and—as memorably lampooned in the most famous “Portlandia” skit—you might get a story about where those green fields are located (if not what the name of the cow actually was).

But how many people can make visiting a farmers market part of their daily routine? How many people are ready to deal with the unpredictability of a CSA? And how many of our meals do we eat at restaurants?

If local food systems are going to continue to grow in size, strength, and reach, it may be that food produced at nearby farms will have to become more accessible in places where most people do most of their shopping, most of the time: full-service grocery stores and even big-box stores with grocery and produce sections. Not just a farmers market, but also Kroger. Not just a CSA, but also Meijer. It may seem impossible, but a lot of people believe that it’s the necessary next step, and are working to make it happen.

That’s the idea behind food hubs and some of the newest regional farmers cooperatives. Food hubs are brick-and-mortar centers for the centralized collection and distribution of fresh food produced by local farmers. If a Kroger, Meijer or Busch’s store wants to buy food from local farmers, any disruption in supply can be a big problem. Food hubs aggregate local food from all over, so supply stays steady, even if individual farms are having problems. Farmers cooperatives operate on much the same idea.

But if a carrot or beet is produced ten miles from a Meijer store, or a thousand, there’s still no farmer waiting to drop your produce in your bag and say thank you when you visit his or her stall. Local food at Meijer looks like non-local food (well, maybe it’s a little less wilted!), except for the sign that says “made someplace near you.”

So in the eyes of consumers, of the people who have to decide that there’s something about local food that makes it special (and worth paying more for)—what’s special about it? What’s personal about it? Where’s the one-on-one connection, the personal interaction, of the farmers market? And if that’s getting lost, can it be re-found, while retaining the advantages of “scaling-up” institutions like food hubs, which may really be where efforts to strengthen local food systems are heading?

It’s those questions that need to be answered. It’s the “killer app” for local food”—who’s going to get there first?
For many people who like to buy local food, and for the farmers who prefer to sell their product directly to consumers or institutions, a big part of the attraction is the opportunity for human interaction. But as local food continues to grow in popularity, the very thing that’s driving its rise may also be what’s holding it back.

Learn more about the environmental and social impacts of buying locally grown food in this interview with Ethan Schoolman. 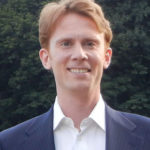