Most of us in business leadership roles want to base our decisions on sound science.  But what if I was to tell you that the majority of published scientific findings – yes, even in peer-reviewed journals – are flat out wrong?

How are we to discern the minority of published studies that yield truly valid results –those that should justifiably cause us to take action– from the ones that present misleading results?

Why are the majority of published scientific findings likely to be wrong?

Problems related to study design and execution can certainly contribute, but many of these flaws are detected and remedied in the peer-review process.

More troublesome, is the improper use of statistics.   To make matters worse there is a documented “publication bias” in favor of studies that report “significant” results: studies  that report statistical associations are more likely to be submitted for publication and have a higher likelihood of being published  (and published more quickly)  than those that do not.

How can statistics be a problem?

Scientists rely on statistical tests to guide them in judging whether an experimental or observational result reflects some real effect or is merely a chance (random) occurrence; however, misuse of or an over-reliance on statistics can produce confusing and contradictory results and interpretations.

As an example, most scientists will accept as likely to be valid a study finding that is likely to be wrong less than one in twenty times.1 To the average layperson, a less than five percent error rate may sound like a reasonable benchmark to accept; however, during the course of analyzing a single given study, scientists often perform dozens and sometimes hundreds of statistical tests.  The cumulative effect is that many scientists accept as likely to be valid several and perhaps dozens of findings that are, in all likelihood, just random associations with no underlying cause and effect relationship. Compounding matters, they will often obscure from the reader the actual number of statistical tests performed and focus their report on the few findings which achieved statistical significance.

This is not to say that all published scientific findings don’t have value; however, a single scientific study that purports to demonstrate a potential cause and effect relationship should be treated skeptically.  Personally, I would like to see scientists practice greater humility when reporting their research findings.

So, how can one avoid being misled?

In 1965 a British occupational physician Austin Bradford Hill published nine “viewpoints” (which have subsequently been referred to as criteria) for assessing whether a reported association between some factor and disease could be a causal one.  The following lessons have guided me (and many others) through over 35 years of evaluating chemical exposures in relation to human and/or environmental effects, but they are broadly applicable to nearly every type of scientific research.

Interestingly enough, Hill ascribed little weight to statistics in establishing his criteria.  Although they have been frequently discussed and debated during the past nearly 50 years, they have stood the test of time and are part of the rigorous teaching in many schools of public health globally.  They are:

Hill offered these guidelines as aids to help us to make up our minds on the fundamental question:  is there any other way of explaining the set of facts before us, is there any other answer equal or more, likely than cause and effect? Hill also cautioned against waiting for full and compelling evidence of causation before taking action if the circumstances warranted.  “All scientific work is incomplete, whether it be observational or experimental. All scientific work is liable to be upset or modified by advancing knowledge. That does not confer upon us a freedom to ignore the knowledge we already have, or to postpone the action that it appears to demand at a given time.”

The decision to take action must consider the full weight of evidence available and the severity of the consequences.

I hope these lessons are useful to you the next time you read a scientific paper that purports to have discovered some new effect or more likely when you read a press release or newspaper article or hear the finding reported on the evening news.  Sutherland et al (2013) have recently published a much longer list of tips that they wrote for policy makers who must integrate scientific claims into their decision-making which makes an excellent complement to this blog and which you might find an interesting read.

[photos 1 and 2 are courtesy of wikimedia commons] 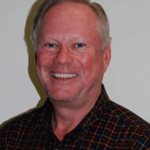