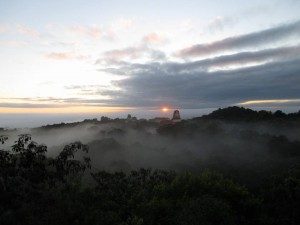 As I hiked through the towering ruins and verdant jungles of the ancient city of Tikal, it was difficult not to wonder what it must feel like to be a modern Maya; deeply aware of one’s ancestors’ triumphant excesses, which led to the rise and fall of one of the great cities of antiquity.  I’m sure Italians visiting the Roman Forum or Cambodians exploring Ankor Wat have similar moments, but to an American, the idea of past greatness possibly matching or even exceeding the present is pretty incoherent. Everything in the US is always bigger and better, right?  Was there an American analogue to Tikal?

My own visits to ruined factories and train stations in Detroit was probably as close as I’d ever get. Considering the former glories of the Packard plant while trying to avoid broken glass was pretty close. But if Detroit is my Tikal, what lessons can I take back home from my visit to the Mayan city?

Surprisingly, rather than being tragic, Tikal today is a place of positivity.  Beyond the obvious boost from tourist dollars, it remains a location of great beauty and spirituality for indigenous Mayan and visitors alike. Just as impressively, the site is at the center of a National Park, protection rainforest which, according to UNESCO contains over 2,000 plant, 333 bird, 54 mammal and 38 snake species –as well as 9 amphibian families and 6 turtle genera. Not the symbol of something lost that many fear Detroit has become, but rather a catalyst for the maintenance of a natural heritage that has proven all too fragile.

These observations challenge the narrowness of my own understanding of what revitalization means for Detroit. Bringing the factories back would be great, but it is both unlikely and unnecessary for a city to revert to its past to become an important, vibrant center. What path could Detroit take that does not involve a return to its manufacturing roots?

Among my fellow students, one favorite strategy for revitalizing Detroit (pdf) is urban farming. In the US this seems like a radical plan, with the relationship between farms and urban families breaking free of the food desert and ending up ensconced near the Whole Foods salad bar. 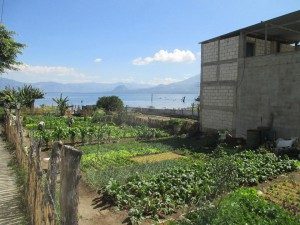 Not so in Guatemala. Several weeks after my visit to Tikal, I studied Spanish at a school in San Pedro la Laguna. As I talked to my teacher about recent changes in the town driven by a burgeoning tourism industry, he lamented how different his town was from ten years ago. He said that before, families had farms right in town, but new buildings had been built on those plots of land.  Later that day as I was walking home, I began to notice the farms that remained, tucked in between the newer hotels and restaurants and shops. Here, urban farming was not a radical futuristic idea, but rather the tried and true way of the past.  Detroit returning to the city/farm hybrid roots of urbanization is not much different than Tikal’s own return to its jungle beginnings.

For me the big lesson here is that the world is more fluid than we give it credit for. Tikal’s collapse has not meant that it stopped being important, just as Detroit’s far less precipitous fall does not mean it has nothing left to offer. What appears terrible at first glance can become the driver of something as spectacular as Tikal National Park. Old practices like urban farming may just be the way to a more balanced and sustainable future.  After my time in Guatemala, I’m excited to see what the future holds for Detroit. 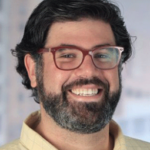