What China teaches us about competitive advantage 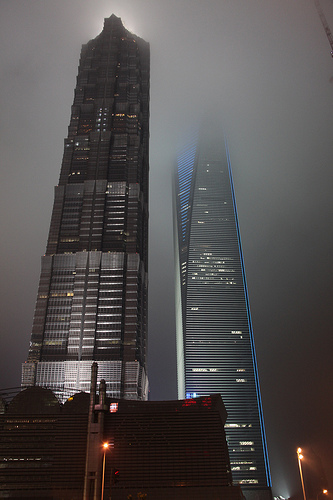 Within a few minutes of the plane landing this past December 8, we both had stuffy noses and irritated throats. My companion and I were in Shanghai to deliver presentations at the Mobility Conference hosted by UM-SMART and UM-SJTU Joint Institute. The smog was unreal. No one was hanging laundry out to dry. All the stores were sold out of medical masks because the smog had been that thick for about a week. In fact, the masks do nothing to help filter the particulate which is much smaller than the masks are able to block . Our guide confirmed this but went on to say that, however imperfect, the masks were all that was available.

The only thing like it I’d ever seen before was when I was in Bombay in 2012, after a dust storm from the Middle East blew across the ocean and reduced visibility within the city to a half mile, covering everything in dust.  On our second day in Shanghai, the visibility was even less than Bombay’s half mile. It was kind of like being in a videogame: the buildings and land close to you are visible, but get hazier as you look further away until you see just a grey, cloudy murk everywhere. You couldn’t even discern the sun’s outline. Air quality improved considerably by our third day, and the city looked completely different. The sky was blue, the sun was out, and the general mood of everyone seemed greatly improved and like springtime after a cold, dark winter.

As the smog cleared, I kept re-thinking my accepted knowledge about the contrasts between the Chinese and US economies. China’s lower wages certainly seem to provide an economic advantage over the U.S., but this week’s pollution apocalypse made me wonder if  the US’s less degraded environment could provide a powerful comparative advantage advantage on health, wellbeing, and other fronts. Scientific study after study is calculating the percentage points coming right off the top of GDP due to environment-related illnesses. One recent study calculates that air, water, and soil pollution in northern China is costing an average of 5.5 years in life expectancy.

Could the US benefit economically from this advantage?  If we can demonstrate a direct economic benefit resulting from this healthier environment, then we need to devote more of our resources and political capital to further enhancing the advantage, thus improving our own environment—and economic advantage—even more.

Having grown up in Kentucky, I lived in a culture that valued economic development over the environment and public health when the two are at odds. That was usually the case in the coal industry, and still is in many respects. The prevailing mentality is to bring manufacturing jobs back, even at risk of harming the environment. But I have seen first-hand what happens when that mindset dominates for too long. I may want jobs in my home state, but I want to be able to enjoy the clear blue sky even more.

The U.S. clearly has an advantage with its environmental quality over other economies, like China. The sooner we form a direct, obvious link between the advantage provided by our environment and its economic benefits, the sooner we can begin changing the mentality of those in places like my home state of Kentucky. 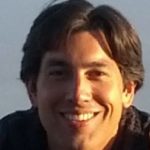