Sustainability in the Global Marketplace: Our Future in the Anthropocene

In our previous post we argued that without a global equity test, sustainability is reduced to simply a means of maintaining the status quo of excessive consumption and production. In this post, we advance our argument by presenting a series of steps that can help move both business and business education in a “mid-course correction” that aims towards a more sustainable economy.

The first step is to recognize that the context in which the economy operates has now changed.  We have entered the Anthropocene, a new geologic epoch in which human activity is a significant part of the Earth’s ecosystems. We, as a species, have grown to such numbers, and our technology has grown to such power, that we are altering the ecosystem on a planetary scale. This shift forces a change in societal views of not only the ecosystem and the human place within it but, most importantly, of our need to collaborate on a global problem.

The second step is to recognize that—given how we have arranged human life on Earth—the central organizing structure for taking a positive place within the Anthropocene is the market.  The market must, and will, adjust to recognize the global nature of the issues we face.  In its truest and emergent sense, sustainability redefines the role of the corporation within a global society and, through that redefinition, how we collaborate on a global scale. The next iteration of sustainable business practices will establish norms of social and environmental equity on a global level, translate those norms to the national and local levels, and develop solutions that are systemic in nature, not collections of siloed approaches.  The end result will be common but differentiated responsibilities for restoring the social and environmental damages wrought by the past century of economic growth.

The third step is to move forward by taking a step back. As John Ehrenfeld argues so passionately, true sustainability will require a deeper shift in people’s attitudes and values—away from today’s exclusive and relentless focus on consumption for consumption’s sake, toward greater appreciation of people, their cultures and integration, and human networks. Technology will play a role, but we need to put our attention squarely on the “human” of humankind. This is a call for the developed world to learn from the developing, where social networks (in their original iteration) and a sense of community are still the fabric that weaves society together and where consumption is still subservient to people and community, not vice versa. We cannot overlook the contribution of traditional cultures to the “new” sustainability paradigm.

The fourth, and perhaps most daunting step, is a continual evolution and correction of business education to meet the challenges of the 21st century. This is part of what can be called “The Fourth Wave.” While an outdated and insufficient notion of sustainability has gone mainstream in both the market and in business schools, researchers and educators are still ill prepared to recognize the full import of the Anthropocene and address changing management science and practice norms. Rakesh Khurana, for example, points out how irrelevant business school education has become with respect to contemporary challenges like poverty, climate change, species extinction, and social justice in a rapidly globalized world. In addition, scandals such as Enron, Worldcom, and the financial crisis have led to resentment of traditional MBA education.

In order to bring business education in line with the contemporary realities of the fourth wave, the modern business school must fundamentally alter its teaching and research in order to respond to the environmental and social challenges of the twenty-ﬁrst century. Sustainability must challenge and amend the dominant management theories and models, such as agency theory and investor capitalism to adapt to the emerging reality, rather than comfortably resting within them.  It must, in recognition of the Anthropocene, consider the role of humans within the context of the natural environment, not independent from it.  Models of management must expand from a focus on individual components and divisions to recognize the entire system and its interconnections.  Models of governance must break down the siloed and defensive mentalities that permeate the general counsel’s office, and push towards radical transparency.  A sustainable energy system, for example, must include the whole of generation, transmission, distribution, demand management and, importantly, mobility. It cannot be addressed by the installation of a single wind farm or solar array.  Models of operations must consider closed-loop models bound by finite resources and places a value on natural capital, in part by pricing negative externalities properly.  A growing emphasis will need to be placed on more local options on material delivery with implications for accounting and finance, and organizational design.  Models of strategy much move beyond stale forms of winner-take-all competition to consider new forms of cross-sector collaboration that improves the state of the entire economy and the society it is designed to serve.

Overall, business education that brings us towards a more sustainable world recognizes that collectively, human ideas are an infinite resource and human hope and ingenuity can overcome our sustainability challenges.  We must cultivate tomorrow’s leaders, not as simply standard bearers for the models of capitalism that brought us through the 20th century.  Instead, we must create leaders who are “tempered radicals,” able to understand and work within existing systems, but also aware and cognizant of competing models that attend to the new challenges of the 21st century. In the end, sustainability presents a reexamination of the role of the corporation within society, and this new generation of business leaders is what will be necessary to link corporate behavior to both the problems and solutions of sustainability issues. 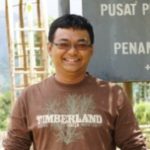 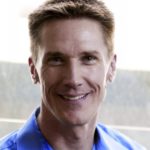