Dallying in Dalian: The World Economic Forum’s “Hottest Ideas” for Climate Change are Tepid at Best

What do you get when you put four amazing climate intellects in a room and ask them for the “hottest” ideas to solve climate change? Well, if you are the World Economic Forum who, at their recent meeting in Dalian, China, hosted a panel session to answer just that question, then the answer is an unqualified: Zero. Zilch. Nada.

The session at the “Summer Davos” conference was titled “Hot Topics in Climate Change” and was billed as a discussion where four experts from around the world and across sectors would present the “hottest” ideas out there to solve climate change. And, drum roll please, the hottest ideas to solve this massive problem are:

Are those really the hottest ideas to solve climate change?

With the exception of the satellite idea, which is both pretty cool and might potentially solve an important problem with regards to how humans perceive this problem, these ideas are lacking in both originality and potential.

To be fair to the panelists, the session’s audience members – experts from business, non-profits, science, and academia who paid thousands of dollars to attend the WEF and fly halfway around the world to offer their insight and wisdom – did not offer anything much better. One person suggested “carbon free” nuclear power. Another offered geo-engineering as a serious option in a “Well, since we are all brainstorming here” kind of way.

And to be fair to the Forum there was some honest dialogue about the problem, some of which came from unlikely places. One CEO addressed the following to attendees of a session about environmental boundaries:

Pretty heady stuff, but it is hard to find much of a silver lining when the world’s elite come together to discuss problems and end up with a list of solutions that neither add to the larger discussion nor push the envelope in any direction whatsoever.

What can the WEF do to advance this issue? They can start by taking a lead from the CEO quoted above. Implicit in his comment is the fact that there are four billion people in the world who are currently impoverished, but who are slowly moving up the social ladder into the middle class. As they move into the middle class, they will no doubt expect – and one could argue deserve – the same quality of life those of us in the Northern Hemisphere have come to enjoy. The problem is that the world does not have enough resources to support that number of people living at that level of affluence. Perhaps the WEF could focus its tremendous network and influence into promulgating hot ideas to decrease resource strain despite increasing affluence.

Fortunately the WEF has just the right people in their network who are working on this issue. Take WEF attendee Sameer Hajee whose South Africa-based Nuru Energy is working to increase energy use, the building block of affluence, in developing countries while mitigating carbon output through the use of renewables. Or take Peggy Liu whose non-profit JUCCE is working to make China’s cities, where soon 75% to 80% of the country’s population will live, more livable and less resource intensive. Or take… well, you get the gist. These ideas, and others like them, are the ones that will change the world and bend the trend line away from a piping hot climate to a somewhat more manageable temperature.

Climate change is a wicked, nasty, complex problem. Unless we have serious discussions among serious and seriously influential people (aka the people who attend the WEF), then we should all just move to Canada where it should be lovely come the summer of 2050 when the temperature has risen 4 degrees.

…but in the meantime I am betting on the Sameer Hajee’s of the world. And so should the WEF. 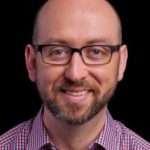