Maybe we ought not “kill all the lawyers”

Through this inaugural blog I am initiating what I hope to be a regular set of commentaries organized around harnessing the power of business enterprises in ways that address society’s policy challenges, which is at the core of the mission of the Erb Institute for Global Sustainable Enterprise. The views expressed here are my own and should not be interpreted as representing the views of the Erb Institute, the University of Michigan, or any of my former employers, or organizations of which I am a member.

I would begin this commentary by positing that, if pressed, the CEO of a large global enterprise would find the choice between relying on either a politician or a lawyer as a foundation around which to build a business strategy to be truly a Hobson’s one and be asking for a third option. Based on recent experiences with climate change policy and in light of the outcome of the last national election, a strong argument could be made that CEOs may be forced to hold their noses and choose the lawyer. Specifically, I mean that CEOs and their enterprises will choose to back off from previous efforts to directly engage in the political process as illustrated by initiatives like the US Climate Action Partnership (USCAP) or the Jobs Council, and instead, focus more on putting the government and its administrative agencies to their statutorily required proof in law, when they propose to change the way business operates. Large corporation CEOs–who made personal contributions to Romney over Obama in a ratio of 4-1—have been frustrated by ineffectual political strategies and advice, and have had their fill of elected officials of both political stripes. Direct engagement has also been an unavailing strategy. CEOs are used to being listened to and to holding people accountable for their commitments, qualities in very short supply in Washington.
It is in that context, that I believe the focus will shift to legal remedies as the preferred means to affect policy. This approach has, among other tactical virtues, the possibility of dragging out final resolution of some critical questions until the political winds have changed to a perceived more business-favorable direction.

Efforts such as USCAP, the Simpson-Bowles Commission, the Jobs Council, as they have played out in recent years, illustrate some of the fundamental problems with attempting to blend the political and private sector world through informal and voluntary efforts. There are inherent infirmities among all sides of the process. For politicians, frankly, they resent attempts to usurp their policymaking role. The need to create entities outside the regular political process is an admission that politicians are not, cannot or choose not to do their jobs. We have seen several waves in recent elections of anti-incumbency transformations of the political landscape and, ipso facto, these policy workarounds and their recommendations threaten incumbents of both parties.

In the private sector, holding a consensus together among organizations that are built to maximize profit and defeat their business rivals is very challenging. The motives of private competitors at the table are viewed with suspicion and outside observers are rightly concerned about concealed rent seeking or marriages of convenience motivated less by the policy issue in question than by a desire to exploit a marketplace advantage. In the climate change area the recent debates over whether the US should export excess natural gas or enjoy the price reduction benefits of excess supply show how muddy these private sector waters can become. The civil society participants are not without their own conflicting agendas. Breakdowns inevitably occur based on: a) groups resentful that they have not been invited to the table, b) pragmatists versus absolutists, c) ngo business models that benefit more from confrontation than consensus, and d) competing dimensions of the environmental and social justice global agenda in the context of a complex geopolitical world of competing sovereign states. Finally, ultimately, these informal consensus building efforts founder on the rocks when the recommendations are brought back to the political process for adoption. Carefully negotiated outcomes that are the product of months of detailed discussions are rejected outright or drastically changed, misunderstood or mischaracterized by the politicians and the media. Participants on all sides feel betrayed and begin walking back their consensus positions justified by the changed circumstances. Whatever light had been cast on the problem in question is overwhelmed by the political heat that arises as winners and losers are very publicly identified in the political process.

The often criticized legal and litigation process begins to look more attractive for business only when compared against the incomprehensible and frustrating political process. For the business community, this process is particularly scary in the post-2012 electoral environment when the anti-business forces are in full-blooded victory howl and traditional political allies seem deeply divided and rudderless. In fact, especially for larger corporations, there is a segment of the Republican party which believes its electoral defeats were in part a result of ill considered flirtations by business with political enemies. However, there are certain benefits to business of taking a more legalistic approach to public policy questions.

First, despite the legal requirement for courts to give great deference to legislative and administrative action, many of our important environmental statutes and regulations bear no resemblance to the beauty of Shakespeare’s use of language and are only similar to his “first, …let’s kill all the lawyers,” line in that they are subject to several interpretations. Government lawyers and agency heads are well aware of the issues with their statutes, and are not eager to respond to legal challenges brought by any side questioning how they have been applied or enforced. A second value for business in litigating over environmental regulation is that it drags the final resolution of an issue out. There may even be instances where some delay leads to a better outcome for all. During the legal battles over “new source review” in the power sector, the natural gas revolution has occurred and market economics are driving coal emission reductions and avoiding duplicate investments in retrofitting no longer economical generation sources. A more Machiavellian rationale for business to pursue a litigation strategy is a function of the glacial pace of the federal trial and appellate courts. When final judicial resolution ultimately arrives, the political landscape, including control of the Executive and or Legislative branches of government, could have shifted to something more favorable, especially if the current political leadership is motivated by some version of the “let no crisis, go to waste.,” or, “kick them while they are down,” strategy. Third, the court of public opinion is typically not a home court for the business community, whereas the federal courts are a much more neutral venue. In contrast to the federal courts’ Rules of Evidence, adequate briefing schedules, sanctions against frivolous pleadings and opportunities to appeal adverse decisions; businesses wade into the public debate over policy with inherent liabilities and few advantages. Lastly, litigation, ironically, brings all sides of an issue to the table with something to lose, and that includes the government. Agreements negotiated in the context of litigation impose obligations of compliance, are usually transparent and include mechanisms for enforcement. They also force both sides to admit, defend and recognize weaknesses in their own positions, as well as, fundamental problems with underlying statutes and regulations that everyone can agree need to be fixed, or at least made comprehensible.

Many of the nation’s largest and longest standing environmental and consumer advocacy groups recognized early that they needed to “lawyer up” to achieve their goals. Nader’s Raiders, Public Interest Research Groups (PIRGS), the Natural Resources Defense Council, the Sierra Club, the Environmental Defense Fund etc., all represent examples of using the legal system to achieve policy goals. Legislation was secured through the political process, in many cases creating the government agencies that many in business find most challenging and problematic, and the courts were used to enforce the newly passed laws or hold the government agencies to their statutory obligations. Having been burned in their recent attempts to become more direct and voluntary actors in the political process, and with little clarity, certainty or economically appetizing choices ahead in areas such as climate change policy–business may be inclined to take a page out of the environmentalists’ playbook and head for the familiar, if unpleasant, confines of our nation’s courts. Whether you view the current state of what passes for the nation’s public policy development process as a tragedy or a comedy of errors, business and civil society may well be ready to leave ‘the sound and fury signifying nothing,’ behind in pursuit of the rule of law upon which our nation was founded.

Maybe we ought not kill all the lawyers 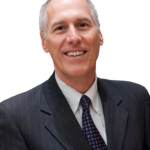