Transforming Communities Through Humor, Grit, and Entrepreneurship: A Conversation with Thailand’s ‘Mr. Condom’

This blog is cross posted on Huff Post Social Entrepreneurship.

When I met up with Mechai Viravaidya at his restaurant Cabbages and Condoms in Bangkok, he walked the grounds with an ease of familiarity, showing me elaborate sculptures, figurines and lamps all made out of colored condoms. He posed for a picture next to one of his favorite decorations, a rendering of the Mona Lisa that offers a reason for her wry smile: two condoms tucked in her folded hands. The restaurant, an open-air courtyard flanked by lush plants, also features educational posters and interactive games such as a safe sex roulette wheel.

The condom theme is not just a gimmick. Cabbages and Condoms is one of many social enterprises founded by Mr Viravaidya, a public health advocate and entrepreneur known for his compassion, commitment to health initiatives and rural development, and daring sense of humor. Mechai got his start in 1974 when he founded the Population and Community Development Association (PDA), aiming to slow Thailand’s rapid population growth and alleviate strain on resources and communities. Over the past 39 years, his efforts contributed to a dramatic reduction in births per family from 7 to 1.2. The secret to his resounding success lies in his ambassadors: PDA engaged 320,000 rural schoolteachers to educate their communities about contraception. In many cases, the ongoing champions for contraception have been the natural influencers in villages, such as shopkeepers.

When the HIV/AIDs crisis hit Thailand, PDA ramped up advocacy for condom use, coining pithy slogans such as “condoms are a girl’s best friend” and “weapons of mass protection”. “Humor is essential,” says Mr Viravaidya. “You cannot win people with embarrassment, or shame.” The UN estimated that advocacy efforts slashed the HIV infection rate in Thailand by 90 percent, avoiding 7.7 million new infections. Mr Viravaidya partnered with the Thai government along the way, even serving as a Senator for several terms. However, he believes that “the things that had the greatest effect across Thailand were the changes we made from outside,” rather than those made through political office. Government priorities can shift within a changing climate and are subject to the whims of those in office. Viravaidya’s work in public health and poverty alleviation has won him accolades over the years, including the United Nations Gold Peace Medal, the Bill and Melinda Gates Award for Public Health and a Schwab Foundation Fellowship.

Viravaidya’s key to sustaining these efforts over decades has been through business development, collaborating with rural communities and supporting entrepreneurs. This was his strategy from the start, as Cabbages and Condoms was founded only one year after PDA. “The restaurant got started by accident,” Mechai laughs. “We would sit near our office in the carport with some coffee and some beer, talking to other folks on the street. Then we brought in some roast chicken. Eventually people starting asking if they could buy something to eat.” Mr Viravaidya founded a resort in northern Thailand with the same blend of serendipity and keen observation. “We were already doing work out there and starting building some bungalows. Eventually it made sense to sell room stays.”

These businesses are structured to sustain themselves as well as public health and poverty alleviation efforts in local communities. On average, 70 percent of profits return to the business itself and 30 percent go to charitable efforts. Part of that 70 percent gets allocated to a revolving microloan fund to support entrepreneurs in villages, boasting a repayment rate of over 99 percent. “Access to credit is a basic human right,” Viravaidya says. “Poor people are business people, just like Bill Gates or Walt Disney.”

The charitable projects in communities are part of Viravaidya’s Village Development Partnership, and projects can range in focus from environmental stewardship to public health to education. The villages form committees to select areas of focus. Every one of these community projects has an adjoining social enterprise arm, providing long-term funding. “If you start something new, you must create new wealth. You cannot go back and take the savings out of another business.”

Mr Viravaidya’s latest efforts focus on creating a culture of sharing and engagement. The schools he has founded require weekly community service by students, and also allow students to sit on the school board and interview teachers. “One of the most important things is our teachers,” he says. “Most of us have no say in it.” Village children also operate a Good Deeds Van, a mobile cleaning service where they select areas of their villages that need trash removal or other cleaning, and then encourage their communities to join in. By setting up sustainable mechanisms that involve all members of a community, Mechai is not only spreading his influence in the form of successful social enterprises, he is sharing a mindset of goodwill and hard work. All of this will serve to inspire the next generation of entrepreneurs.

For more of our work, visit us on studentreporter.org. 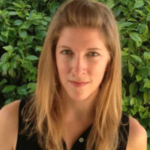