Zero-Waste at the Big House: Well Worth the Effort

What if we could recycle or compost 90% of the waste created every football Saturday at Michigan Stadium?

The four of us spent several months asking ourselves this question, talking with counterparts from Ohio to Colorado to California to Washington. The culmination of this research is our final report: Zero-Waste at the Big House (ZWBH), which sums up the main reasons why making football games at Michigan Stadium zero-waste (defined as 90% diversion of waste to recycling or composting facilities) is possible, why it should be done, and how it should be done.

ZWBH is a good idea for many reasons. Operationally, it is possible given the right adjustments to the physical setup of the stadium, gameday operations, and interaction with vendors. There are cultural drivers too: since the Big House is an iconic building that serves as many fans’ introduction to the University, any successful initiative there would have positive repercussions for the campus and the surrounding region. And there are marketing drivers: although some schools have begun similar programs, zero-waste is still on the cutting-edge of stadium operations, meaning that there are clear marketing and PR opportunities for those willing to take on the challenge.

The biggest driver, however, is that both professional and university athletics operations are making strategic moves towards sustainability; ZWBH would therefore position UM Athletics as a leader and best on the national “green sports” playing field.

UM is no stranger to pioneering waste reduction efforts. It successfully implemented a recycling program at the Big House in 1996, is piloting a reusable takeout container program this fall, and is initiating other composting programs on campus as well. UM Athletics, meanwhile, recently set up an internal sustainability committee tasked with defining a roadmap to tackle sustainability within operations.

Unfortunately, UM Athletics has not committed to pursuing ZWBH for the 2013 season as we recommended in our report.

In spite of this, we believe that ZWBH is the right path to pursue and we are committed to making it happen. We are encouraged by high student interest: in the spring of 2012, 52 campus organizations, including the University’s Central Student Government, signed a formal letter of support for ZWBH. We believe that there is even more untapped interest among students, alumni, and donors and we are working to make these voices heard.

Meanwhile, the zero-waste concept is only gaining steam. Professional sports teams such as the Seattle Mariners are piloting composting programs in their stadiums, and Ohio State is in its second season of a hugely successful and effective zero-waste initiative at Ohio Stadium.

Converting Michigan Stadium would be a significant undertaking, but one that aligns closely with the University’s priorities, contributes meaningfully to the broader community, and has tremendous potential to attract new levels of support from fans, current students, alumni, and sponsors. As proud Michigan students, we believe that being the Leaders and Best should apply to how we manage waste as well as how we perform in the classroom or on the football field. ZWBH would be well worth the effort! 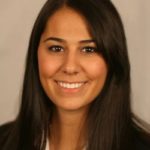 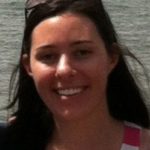 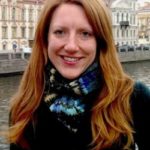