Presentation sponsored by the Environmental Law and Policy Program

Clean tech is tough right now. Vestas pulled out of the U.S. A123 went bankrupt. Solyndra is a bust. Carbon legislation is the new living dead. Low natural gas prices have killed the financials of utility scale solar and wind. The predominant narrative from the investment community and media is: first, clean tech is a bubble that burst with the end of easy money in 2008. Second and specific to venture capital, VC financing is not the right model for the capital intensive needs of clean tech.  If anything, PE and project finance is, but even that is tough right now. Clean tech needs to scale quickly if we’re going to calm climate change, so all of this is not good. When I heard that a partner from Kleiner Perkins Caufield & Byers (KPCB) was speaking at the Law School, I took a break from finals and was fortunate enough to hear one of the most succinct and real discussions on the state of clean tech from the view point of John Denniston (John is currently an Erb Strategic Advisory Council Member and a 1983 U Michigan Law School grad). I want to share this because John’s views run counter to the predominant narrative. And when you have someone running a $1B clean tech growth fund talk about their rationale for investing, I am all ears. All ears because VCs need explosive growth within a decade to get their 10, 20, 40x returns and therefore VC dollars are ultimately the strongest vote of confidence that clean tech can scale in a short timeframe. Really quickly, some background on KPCB. KPCB is THE venture capital firm that started it all off in the Valley 30 years ago.  It’s one of the largest VC firms with a top notch record. Two hundred of their 600 investments have IPO’ed which is a heck of a lot better than what the industry is returning. KPCB currently has 70 investments in clean tech including hot ticket items such as Clean Power Finance and OPower. Now for the wisdom of John Denniston (I’m basing the following off of my notes, mostly paraphrased from his talk).

John’s Investment thesis: Clean tech’s value is based on resource scarcity. This thesis works well economically and is grounded in reality.

Simultaneously, the cost curve for energy is going up and is not coming back down.

In short, the price floor of energy has dramatically risen and continued demand driven by the growth of the global middle class will not bring this price floor down again. That is why the 21st century is about resource scarcity… clean tech is about exploiting/addressing this opportunity.

John answered some questions from the crowd. Here are some highlights:

Question 1: All the headlines are about clean tech having poor returns. Can you address that.

Question 2: Role of PUC/FERC. Do we need them for clean tech to succeed?

Question 3: Role of government to pick winners and losers.
*Thanks to the Law School for hosting this event and to John who made the trek out here to share his views.* 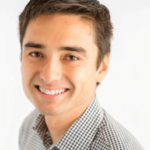