The Road to Pure Electric Bliss

I’m a self-professed “not-a-car-guy” and rather proud of it. I have no feigned romanticism for those loud, obnoxious engines in muscles cars, and as someone who barely knows how to check his oil I’m without the fond memories of taking apart a transmission or re-building an engine that people like my father hold on to so strongly.

However, after recently driving a Nissan Leaf as part of a volunteer benchmarking effort… I just might be ready to call myself an [electric] car guy. The instant acceleration of the Leaf is awesome. And the complete silence of the vehicle, though admittedly a little eerie at first, slowly grows on you and opens up entirely new possibilities for a lazy (and self-reflective) Sunday drive. On the other hand, that very same silence made me ponder some potential issues with electric vehicles as I sped past a group of surprised cyclists who seemed completely unaware of my presence. But while that may be a concern of mine as a fellow cyclist, my experience as a driver was superb!

To top it all off, I charged the vehicle at work each day in a “preferred” front row parking spot powered by onsite solar energy . . . pure bliss for a sustainability professional. This experience made me wonder – how long will it take for this to be the standard, so everyone can experience this “pure electric bliss?”

Sadly, as it stands today electric vehicles don’t make economic sense. Electric drive trains are too expensive without the soon-to-be-gone government incentives, and vehicle charging infrastructure is still just a dream for anyone outside of the liberal havens like the Bay Area or Portland, Oregon. Even countries like China, which have instituted government mandates and made strong commitments to electric vehicles, have fallen short of expectations thus far.

However, there is some cause for optimism. The road to incremental improvements like increased fuel efficiency is not all bumps and potholes. Amidst the fanfare of full electric vehicles (EVs) and plug-in electric vehicles (PHEVs), a new class of “micro hybrids” has emerged somewhat unannounced. According to Lux Research, “micro-hybrids represent the least aggressive – and least expensive – form of hybridization.” 1 While the range of “micro-hybrids” is extensive, the most common technology is known as start-stop, whereby vehicles utilize enhanced energy storage systems (batteries) to turn the engine off when the vehicle is idling and then immediately restart it when the gas pedal is depressed. More advanced micro-hybrids incorporate regenerative braking technology and supplement the electrical system to power other applications such as the radio and heating/air conditioning systems.

Start-stop technology has long been used in Europe to enable a 6 – 15% improvement in fuel economy (depending on technology) at a cost premium ranging from only $300 to $1500.2 Compared with what often amounts to a 50% cost premium between standard internal combustion engine (ICE) vehicles and traditional hybrids or electrics, the start-stop model makes “micro-hybrids” considerably more affordable.3

For many Americans the idea of “micro-hybrids” might seem peculiar – lost in the Leafs, Volts, and Model S’s. But “while start-stop technology is largely unknown in North America today, [the] benefits in fuel economy and emission reductions make the shift towards the technology inevitable.”4 Due to do the fuel efficiency benefits, stop-stop technology has grown popular in Europe as the most cost effective way for both manufacturers and consumers to meet carbon emission regulations. While the United States and parts of Asia remain behind Europe in terms of these regulations, widespread adoption is anticipated to grow as regulations become more stringent (e.g., CAFE standards in the U.S.).

Admittedly, start-stop and other micro hybrid technologies are a far cry from “pure electric bliss.” While far from ideal, I see this as yet another data point in what has been a year of revelations for me with regards to the role of government. Government regulation drives technology adoption . . . and consequently our ability to salvage what’s left of this great planet we live on. There, I said it. And I believe it. It’s why I’m changing my concentration from “Sustainable Systems” to “Environmental Policy and Planning” and it’s why we all need to lobby the hell out of our government representatives to support a carbon tax and stricter environmental regulations.

In the short run, I can go without “pure electric bliss.” But I am not willing to accept inaction on climate change. Through programs such as ARPA-E, the government plays a crucial role in the development and commercialization process of leapfrog technologies. Through policy and regulation it plays an even greater role in forcing companies to make thousands of smaller, incremental improvements like micro-hybrids, making failure less costly and giving us all more chances to succeed at combating climate change.

I can’t help but smile about the idea of forcing the hand of climate change deniers to drive vehicles with 15% greater fuel efficiency . . .  and I’m (cautiously) jumping with joy about the blissful, pure electric possibilities for the rest of us! 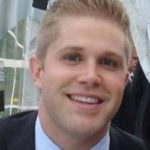