There is disagreement on whether the supply of lithium is adequate to support a future global fleet of electric vehicles. We report a comprehensive analysis of the global lithium resources and an assessment of the global lithium demand from 2010 to 2100, assuming rapid and widespread adoption of electric vehicles. Several estimates of global lithium resources have been published recently, and they reach very different conclusions. For this study we compiled data on 103 deposits containing lithium, with an emphasis on the 35 deposits containing more than 100,000 tonnes of lithium. For each deposit, where available, data were compiled on its location, type, area, thickness, grade, porosity, density, quantity of lithium and other recoverable products, evaporation rate (for brines), impurities, and production volume. Lithium demand was estimated under two growth scenarios for electric vehicles and other current battery and non-battery applications. The global lithium resource is estimated to be over 38 Mt (million tonnes) while the highest demand scenario does not exceed 24 Mt. We conclude that even with a rapid and widespread adoption of electric vehicles powered by lithium-ion batteries the lithium resources are sufficient to support demand until at least 2100. 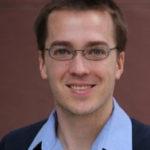 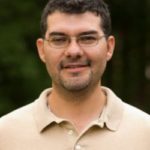