Electric Evolution: Issues Posed and Opportunities Presented by the Emergence of the Smart Grid

Produced for and published by Vermont Energy Investment Corporation and written by David Fribush, Erb ’10, Scudder Parker, and Shawn Enterline.

Summary: In many ways, the U.S. electric grid is a product of evolution. Originating in the laboratories of Nikola Tesla and Thomas Edison, it has grown and extended its reach into virtually every space that we inhabit. Despite its tremendous complexity, it faithfully supplies energy 99.97% of the time. Yet the daily per-capita cost to reliably power our homes’ refrigerators, televisions, air conditioners, computers, and all other electricity-using devices is a mere $1.22. There is perhaps no greater testament to its evolutionary success than the degree to which we take the grid for granted.

Evolution is, however, a continual process, and many forces are now converging on the grid to make the evolutionary leap to become “smart.” The Smart Grid has the potential to significantly improve upon its progenitor by delivering energy from cleaner sources, with greater efficiency and reliability, while also providing more equity and transparency for both electricity consumers and producers.

That implementation actually delivers fully upon this promise, however, will require an unprecedented level of leadership, cooperation, understanding, and foresight from the major players creating the Smart Grid. In particular, federal and state legislators and regulators will significantly influence both the form that the Smart Grid evolution takes and the speed at which it evolves.

This document presents an overview of the driving forces in this process and some important implications they have for decision makers. It also seeks to articulate some underlying policy and program opportunities that this continuing evolution could make possible.

Our goal is not to present an exhaustive list of considerations for decision makers, as relevant considerations will vary considerably by region. Rather, we provide a big-picture understanding of the Smart Grid and a contextual foundation from which relevant questions about technology and policy can be explored. Our broader goal is that the Smart Grid evolve to provide the greatest efficiency and reliability in the generation, delivery, and use of electricity, while minimizing long-term consumer and environmental costs. 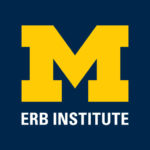