The conference had two primary forums: Composting & Organics Recycling and Food Recovery. Since my internship this summer is focused on food waste, I spent much of my time at the Food Recovery Forum. The topics discussed included how to reduce food waste at large venues and institutions such as stadiums, best practices for reducing food waste at the municipal level and best practices at the university level.

Do landfill tipping costs matter?
The hardest part was choosing which sessions to attend, because I had the added constraint of fulfilling my volunteer obligation, which included helping with donations and taking notes. I spoke with professionals in the recycling, composting and anaerobic digestion industries, including people from government. One of the big takeaways that several speakers discussed is that the relatively low landfill tipping fees in most of the United States directly affect recycling and composting rates. The speakers said that, when it is cheap to throw waste into the landfill, composting and recycling are less competitive economically. People have less of an incentive to focus on landfill diversion than they do in areas with high landfill tipping fees, such Europe and Japan.

From salvaged food to gourmet meals
One of the most interesting parts of the conference was the “Zero Waste Lunch” hosted by Waste Expo, in partnership with Salvage Supperclub, CenterPlate and the Food Recovery Forum. The Salvage Supperclub rescues (or sources) fruits and vegetables that otherwise would be thrown away and turns them into gourmet meals. According to Business Insider, 133 billion pounds of uneaten food in the U.S., or around one-third of what we produce, is thrown away every year. Salvage Supperclub works to draw attention to the problem and inspire and empower anyone who cooks or eats to help reduce that number.

I had never been to New Orleans before, so I made the obligatory tourist visit to Café Du Monde for coffee and beignets, and I was able to stroll the French Quarter and people-watch on Bourbon Street. I enjoyed both the city and the conference, and I want to thank the Erb Institute and Lindsay Arell from HoneyComb Strategies and Rebecca Arthur from Penton for giving me this opportunity. It really opened my eyes to what could be my future career, and it has been one of the highlights of my time at Michigan so far.

Mark Green is a dual MS in Sustainable Systems/MBA student at the Erb Institute who is especially interested in waste management, the circular economy and industrial ecology. His career interests lie in working to reduce our global waste footprint, and his internship this summer involves working at the Environmental Defense Fund to try to reduce food waste at the farm level. This is the second blog Mark has written about his extracurricular experiences while at Erb. 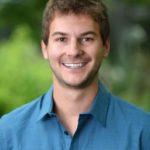